Kingroot is an Android app which allows you to root your device. It is popular because it helps people to root their devices without a PC. The app supports most of the devices but, there are times when it doesn’t work that’s why it’s good to know the alternatives. This article intends to bring you the best Kingroot alternatives in the market. We aren’t associated or partnered with any of the below-mentioned app/utilities.

There are two ways of Rooting. You can either do it manually by flashing a third-party recovery or you can do it by a one-click app like Kingroot. One-click rooting apps are generally the easiest, fastest & simplest way to root your device. Due to its excellent feedback and ease of use, it has gained a lot of popularity and is used across the globe for rooting. However, many Android experts don’t prefer using Kingroot because they think it’s not safe.

If KingRoot is not working on your device, you can go for iRoot. It is one of the best one-click rooting apps and can be used to root any Android device. iRoot supports almost all the devices from Android 2.2 Froyo to Android Lollipop. They do have a dedicated support page on their website which helps you to give them feedback or get in touch if you mess your device while rooting using iRoot. The best part of a One-click root app is that you don’t need any PC or laptop to root your phone as it can be done easily via your smartphone. However, if you have a PC, you can use the iRoot for PC as well.

Root Master App is another great app for rooting your Android device easily without the aid of PC. You just need to download the APK and install it on your device. On opening the app, you’ll see your device name and the Android version with root status. So you can proceed ahead by clicking on “Start” button on the screen. The rooting process might begin and the time taken to root might depend on the device. However, it’s recommended that you don’t turn off your device while this process is on. Once you’ve rooted your device, you can download the root manager of your choice and customize your device to the fullest. If you are rooting for the first time, you shall consider using the Root Master.

Just like above two mentioned apps, KingoRoot also doesn’t require any PC or Laptop to root your Android device. However, it does have PC support, so you can use Kingoroot on your PC to root your device as well. It is widely used by Android users to root their android device. It also supports devices which are running the popular Android Nougat OS. You also get the Kingo SuperUser after rooting your device with KingoRoot so if you are someone who has a special preference for SuperSU by Chainfire then you shall avoid using this app. The KingoRoot app also comes with a pre-installed battery saver called Kingo SuperBattery.

SRSRoot is a great alternative to KingRoot. Thanks to its ease of use and speed, it is placed among the best one-click app for rooting android devices. It is completely free to use and can help you in rooting your Android device without going through the hassle of flashing third-party. The best thing about SRSRoot is, you can also remove the SIM lock which you might get when you buy devices from carriers such as Sprint, AT&T, T-Mobile, Verizon etc. The only thing we don’t like about SRS root is, it displays limited data of the last 10 users who rooted their device using the software, which makes us think that it might be having other data of the people who use the app.

Another great alternative of KingRoot App is Z4Root App. No matter, if you are using the old Android Froyo or new Android Lollipop, Z4 Root App can root it easily. The good part about this one-click root app is that you don’t need to connect your device to PC for rooting as it works perfectly fine without the aid of PC or laptop. Another major reason to use this app is that it doesn’t support ads which means you can root your device without any interference.

Root Genius is a good alternative to Kingroot. This one-click rooting app supports over 10,000+ Android devices and comes with an Amazing managing tool. Root Genius is one such app which makes the process of rooting like a walk in the park. Although it makes the process easy, we aren’t sure if the company is trustable, However, one thing you can do is, root the device using Root genius and replace the root manager with SuperSU and then remove Root Genius.

Imagine if you can root your Android without voiding the warranty. Wondershare Mobile Go allows you to root your Android device without voiding the warranty. It comes with a management tool which allows you to backup and restores your data before rooting. It is completely free to use and supports over 3000 devices. However, you might need a PC if you plan to use the management tool for backing up your data. Wondershare is one of the known companies when it comes to solutions and is diversified in a lot of fields as well.

Own an old device? Want to use it to its fullest potential? It can be done by rooting the device and removing the system apps and other bloatware. The Unlock root is the only solution available for the old devices. Most of the above mentioned rooting apps don’t work with old devices or have compatibility issues. However, this particular tool supports most of the devices which run between the Android versions 2.1 (Eclairs) to 4.0 (JellyBean.) Once you’ve rooted your device using this, you can install the SuperSU Rooting manager and get complete control over your device.

The Towelroot is another popular alternative to Kingroot. It is fast and works flawlessly. With Towelroot, you can easily root any Android device with just one tap. Since it doesn’t require PC or laptop, the process of rooting is simple and is one click. It supports all the devices and if you are not able to find any app to root your Android devices, chances are high that Towelroot can help you out.

All these apps are completely free to use and are safe for rooting. However, we can’t tell you what’s inside. So, once you’ve rooted your device using these apps you shall use a trusted root manager such as SuperSU by ChainFire or Magisk, give them root access and remove the rooting apps you’ve used. You can use any of them as per your need. Let us know which one are you using as an alternative to KingRoot.

Tried all the above apps? Still not able to root your device? Do let us know the device and the Android version. We will get one of our Android Experts in touch with you. He’ll try to solve your problems. 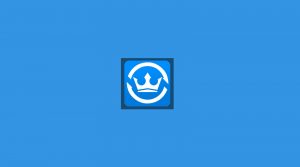 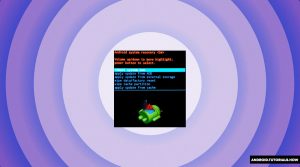